The Maine Brew Bus announces that it has completed an initiative to align its craft beverage tour operations with that of the national company it acquired last year. Now known as Maine Brews Cruise, the company based in Portland also unveiled a new logo and a refreshed brand image.

Celebrating its fifteenth year in business, Brews Cruise, Inc. is a company that licenses and supports craft beverage tour operators around the United States. It was acquired in March 2020 by Vestigo Travel Group, a partnership between Dave Phillips of Sydney, Australia, and Zach Poole of Portland. Poole is the founder of The Maine Brew Bus which first started providing guided tours to local breweries on bright green buses in 2012.

“When we acquired the Brews Cruise brand, I knew eventually I would want to bring all that we had built for The Maine Brew Bus completely into the fold,” said Zach Poole. “We have been working on the rebranding project for the past year, and I am excited to add Maine to the national family that Brews Cruise has been building for the past 15 years,” he added.

Dave Phillips pointed out that very little will actually change with the tours. “It will be the same great people providing high-quality tours and experiences, just under a new name and logo that has a national identity.” He also shared that Brew Bus tours in Massachusetts and Rhode Island will soon become Brews Cruise operations.

The Brews Cruise local and national operations are under the management of Don Littlefield of Portland. “He has been with us since the early Brew Bus days, and has played a major role in establishing our lead position in Maine,” Phillips said.

The new logo was designed by Maine-based Golden Moustache Designs. Behind the Maine Brews Cruise title scroll and hand holding a pint glass, it incorporates well-known features of the state. There are renditions of the iconic Portland Head Light, green pine trees, the rocky coast, the state bird, and the world-famous Maine lobster.

With the addition of Maine, Brews Cruise now has tour operations in eight cities across the country. In 2020, they added a new licensee in Walla Walla, Washington. Later this year, new operators will begin offering craft beverage tours in Greater Chicago and Philadelphia. Prospective licensees are currently being sought to develop tour operations in key American cities.

While the pandemic sidelined the Maine tour company for several weeks last year, they actually finished 2020 by connecting over 1,200 guests to local craft beverage producers on various guided tours and experiences. Starting last July, they focused on offering a variety of open-air experiences that guests could enjoy by walking, biking, running, sailing, and cruising on powered boats.

Maine Brews Cruise is currently conducting walking brewery tours through Portland’s Old Port. Also available for sale now on their website are seasonal bicycle and boat tours and experiences focused on Maine’s craft alcohol industry that will begin in May. They also plan to resume bus-based tours with private parties early this summer.

Maine Brews Cruise was initially founded as The Maine Brew Bus in September 2012 by husband-and-wife Zach and Allison Poole. The all-inclusive tours and experiences provide guests a behind-the-scenes look at Maine’s craft breweries, distilleries, wineries, and more. Over 35,000 people have been connected to Maine’s craft alcohol producers since tours began. In early 2020, they announced they had acquired a majority share of Brews Cruise, Inc., a company that licenses and supports craft beverage tour operators around the United States. In April 2021, Maine Brews Cruise aligned its company with the national Brews Cruise brand.

Join the conversation with over 5,300 fellow operators in the Tourpreneur Facebook Group! 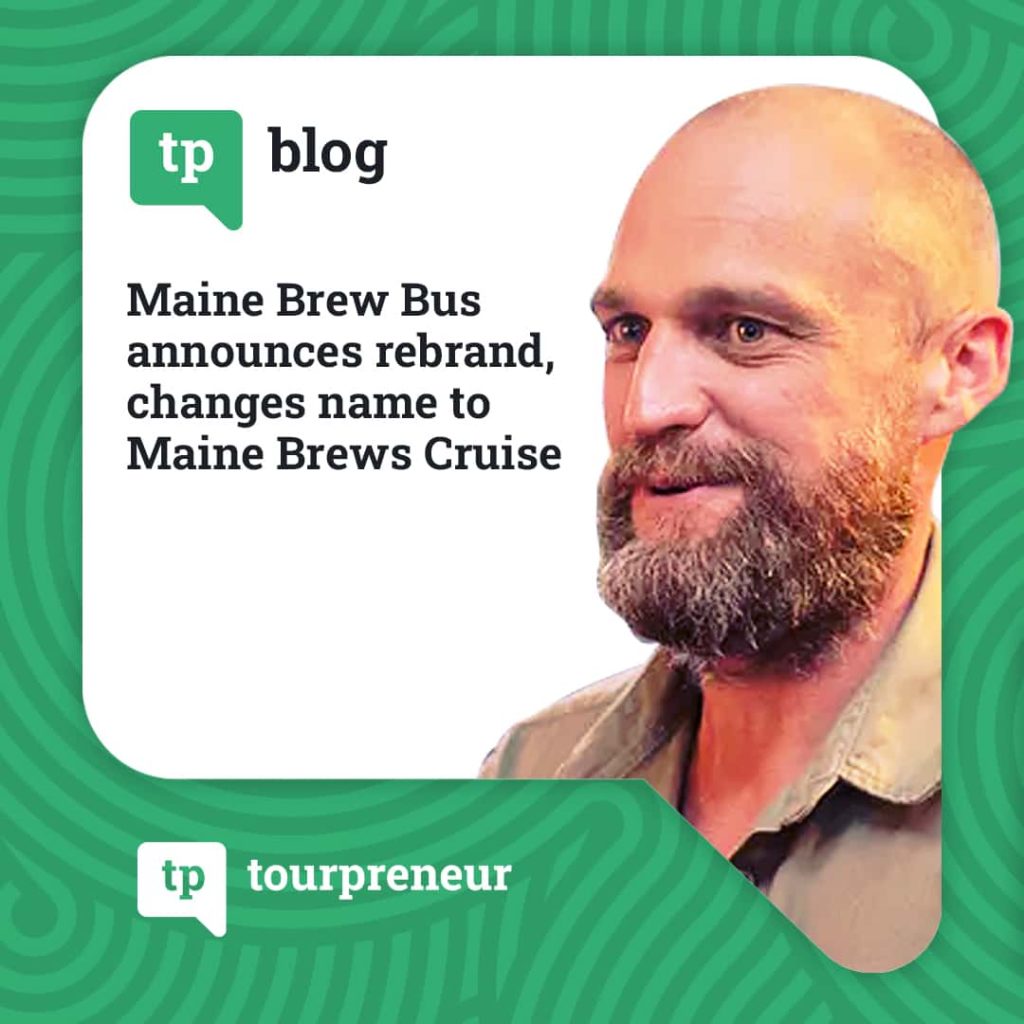 Read by thousands, our weekly newsletter is full of practical learning, industry insights specifically for the tours & activities industry.